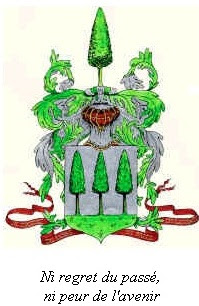 To get back here fast, just type two words in Google: Boissevain WW2.

The outline and links below are designed to facilitate review of my draft book on The Boissevains in World War 2 for editing purposes so that review copies will be available at the Boissevain Family Reunion in April 2016. Chapters are currently of unequal length and the goal is to make them approximately equal. If you have suggestions, please contact the writer–john@cityeconomist.com.

Book Outline with links to Chapters

Introduction - Why this book is being written now–before the number of those living today who were alive during the war shrinks to zero. We need them to help identify letters and other source materials and ensure the record is correct. Not everyone in the Boissevain family was a brave member of the Resistance. Even those who never intended to collaborate with the Nazis were tricked or bullied into revealing things that helped the Nazis in their evil work. But the Boissevains and van Halls had more than their share of brave activists. They did things daily for which they could be summarily shot by the SS thugs who ruled them. Many of the people who were bravest said they only did what was expected of every Dutchman. When the Queen in exile said her country was a nation of heroes, the underground papers were silent because they knew that no one was seeking to be a hero, any more than she was when she fled Holland after Rotterdam was bombed, and when heroism meant endangering. It is essential to recognize that for Dutch people none of the possible responses to the invasion was easy. It took powerful determination and a trusted network to defy the crazily murderous Nazi regime and support the Resistance. The most reliable networks were to be found in patriotic families, which were hard for the Nazis to infiltrate–not that there weren't collaborators  inside these families. Secrets were kept even from siblings that could not be trusted.

No one knows when or where this unsought heroism may be needed again.

1-2 The Boissevain Family and Their Homes (Before the Nazis Came). In the 1920s, the Boissevain and van Hall families were well off relative to the rest of Europe. The Boissevains left the Dordogne in France after the Revocation of the Edict of Nantes. They were mostly Huguenot business and professional people who lived around Amsterdam. Holland had been neutral in WWI and prospered after the war; the Dutch expected a blockade as in WWI, and was ready for it, but they did not expect invasion.

3 The Nazi Rise and Dutch Invasion. The Crash of 1929 precipitated a loss of confidence in capitalism that led to the rise of Hitler. Speculators helped create instability that resulted in a global crash, paving the way for Nazi ideologues and other extremists. Hitler had less than 3 percent of the German vote in 1928. He got 18 percent in 1930 and 37 percent in 1932–enough for him to have the largest party in the Reichstag and to declare himself dictator (Führer) when Germany's President died the day after a visit from Hitler. In 1933 FDR nd his Treasury Secretary, Will Woodin, fixed the mess in the USA, but it was too late to save Germany and the world from the Nazis. Dutch businesses dealing with German firms were soon affected. Both Jan "Canada" and Bob Boissevain were in the fertilizer industry. In 1933 Hitler merged the German chemical companies into a single giant, I. G. Farben, and in 1936 various marketplace battles ensued, bankrupting their Boissevain partners, including Charles E. H. and Bob.

4 The First Nine Months–the de Booy Family. Truth is the first casualty of war. From May 1940 to February 1941, the Nazis hoped that by disguising their most evil plans and taking a cousin-to-cousin approach to the Dutch people, they might be widely accepted and even welcomed, as they were in Austria. Goebbels believed in this plan and was angry when he found the Dutch to be "insolent". After the general strike in 1941 following deportation of hundreds of Jews, the Nazis took off their mask of friendliness and treated the Dutch resisters with a brutal response, culminating in the "Hunger Winter" of 1944-45, when what little food was left in Holland was seized and put on trains for Germany. Han and Hilda de Booy's daughter Engelien was married throughout the war to a Jewish man, Frans Polak. The stress of not knowing what would happen to them shows through the letters of Hilda (after whom my mother was named) to her sister Olga (my grandmother).

5 How Resistance Fighters Organized. After the invasion of Holland,  Resistance groups formed almost immediately. Many were wiped out. The main functions of the Resistance were to (1) Hide and help fugitives from the Nazis, (2) Disseminate information to counter Nazi propaganda, (3) Cause serious harm to Dutch collaborators and SS enforcers, (4) Forge IDs and papers to help fugitives travel, (5) Raise money for all the above activities. Different groups pursued pieces of these missions.

6 Fight–Armed Resistance–Gi, Janka, Louis Boissevain. CS6 was organized by two sons of Jan "Canada" Boissevain, Janka and Gi. They operated out of the basement of their parents' home in Corellistraat 6. CS6 used to meet in the soup kitchen behind the Palace on the Dam. Janka and Gi are buried with their cousin Louis Boissevain in Plot 33 of the Honorary Cemetery. Their father, who was arrested first, died later in Buchenwald.

7 Flight–Escaping Holland–Hans de Beaufort. Unlike a country like Norway, whose border extends a long way with neighboring neutral Sweden, there were only a few ways out of Holland and none was easy–via Germany (from the frying pan into the fire), the North Sea (patrolled by the German Navy), and Belgium, also occupied. Early on, a few people escaped to England (the Engelandvaarders) over the water. Gi and Janka got part of the way, but were arrested en route; luckily, their cousin Han de Booy got them released. A route that worked for a long time later was to take a train to Paris, and from there to Switzerland, Spain or other unoccupied country. Charles Boissevain is seeking the recognition of Jean Michel Caubo, who gave his life meeting escapees from Holland in the Paris train station. Hans de Beaufort, son of Teau Boissevain, was active in assisting downed flyers to escape this way, mostly to Switzerland.

8 Sheltering Underdivers–The Goldbergs and Dr. Vecht. The story of a Jewish family–Leo Goldberg and his wife and one of his three children–and a Jewish dentist hidden by Bob Boissevain and his family–is told here.

9 Financing the Resistance–Wally and Gijs van Hall. Wally van Hall and his older brother  figured out ingenious ways of obtaining money to support the Resistance. They pulled off maybe the biggest single bank robbery ever, worth perhaps half a billion dollars in today's money, replacing real bank notes with forged ones and giving the real money to the Resistance. Wally is buried in Plot 35 of the Honorary Cemetery and also has a separate monument to him in the square opposite the Nederlands Bank in Amsterdam.

10 Other Family Members. What they did is not always clear because they were shot or died in concentration camp.

11 Underground Papers–H[ilda?] van Rijnbach. Many family stories are told of informal communications through carbon copies of letters, and illegal radios. Passing on news was a very important and widespread activity of the Dutch Resistance. On this matter–getting unfiltered news about the war from the outside world–the Dutch police were prone to turning a blind eye if they could be sure of avoiding reprisals from their Nazi overseers. H[ilda?] van Rijnbach worked as a housekeeper for Hilda de Booy and her daughter Engelien de Booy.

12 After the War–Awards, Joys, Tragedies. Awards went to family members from Yad Vashem, the Dutch Government and other governments. The Goldbergs' story (Chapter 7) has a happy outcome for the three who were hidden by Bob and his family and two other children who were not. The daughter who was hidden, Anya (Anna Ormont), emigrated to Canada; another daughter stayed in Amsterdam; and a third child, Max, went to the United States where he prospered and had a son who as of this date has two sons of his own. The postwar story of the fourth guest in the house, Dr. Jacob Vecht, was much sadder.