Recent sales indicate the market for emerging art is off from its peak two years ago.

Prices for some artists are down nearly 90 percent.

Prices for artists were down:


This supports evidence from other auction data that some contemporary art prices rose rapidly in recent years relatively to Impressionist and other classical art and were due for a correction.

Posted by John Tepper Marlin at 11:37 AM No comments: Links to this post

Someone this morning drew my attention to the comments of Mark Cuban on MSNBC’s Morning Joe.

Cuban (born July 31, 1958) is a billionaire serial entrepreneur and investor–owner of the NBA's Dallas Mavericks, Landmark Theatres, and Magnolia Pictures. He is chairman of the HDTV cable network AXS TV.

He is also a "shark" investor on the television reality series, Shark Tank. In 2011, Cuban wrote an e-book, How to Win at the Sport of Business, in which he chronicles his life experiences in business and sports. He has also written a children's book about the Mavericks.

Here is my summary of his comments this morning. He is not a Trump fan. He thinks the stock market will suffer a major crash if Trump wins the election.


The key for Hillary is getting voters to warm to her. No one’s excited about Donald. [The polls are reflecting how voters] feel about Secretary Clinton. I like the fact that now she has the press on her plane. That will allow her to drive the media topics a lot more strongly because Donald has been dominating up until now.

Trump is constantly engaged in covering up his deep ignorance. If I was interviewing Trump, I would say to him: ‘You don’t understand the question, do you?’ I would just get to the heart of the matter. Then I would ask the follow-up question: ‘Do you know where Aleppo is?’ ‘Do you know what the issues are?’ ‘Do you know the history of the city and conflict?’

Hillary should show her knowledge in her reactions to Trump. I would tell [Hillary] to smirk a lot at his answers. I know they tell them not to react at all, but in Donald’s case, he’s going to notice if she’s shaking her head…. He’s like a schoolboy. And if she’s smiling at his answers, rolling her eyes (not a lot, because that would be over the top) that will get to him. If you question his intellectual ability, that drives him nuts.

The problem with Hillary's advertising is that she used it to attack Trump (e.g., the two kids watching TV and hearing what we have all heard) instead of defining herself. Without an alternative picture of her, Trump's heavily (and effectively) promoted version of her linked to the emails (e.g., her in sunglasses with Anthony Weiner in the foreground) filled the vacuum.
Posted by John Tepper Marlin at 8:58 PM No comments: Links to this post 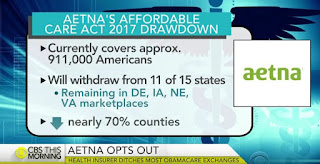