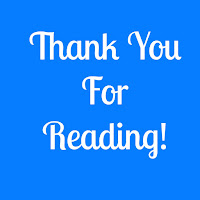 Here are the most viewed posts during the last month and since the inception of this blog ten years ago, in 2006.

Posted by John Tepper Marlin at 6:06 PM No comments: Links to this post

“If we win the White House and fail to take the Senate, it’s a Pyrrhic victory”–VP Joe Biden, New York City, June 2016

In the next few years, four Supreme Court justices are likely to retire. As Mitch McConnell has shown us, the Senate can drag its feet indefinitely on confirming a new justice.

It is essential that Democrats regain control of the Senate. Supporting these candidates, therefore, is more important than almost any race specific to your district.

This year 2016 is an especially good one to try. Democrats will need to gain just 4-5 new seats, while holding the ones they have, to take control, because many more Republicans than Democrats are up for re-election.

Despite this potential advantage, key races are very very close. On October 11, the NY Times “Upshot” called control of the Senate a 50-50 proposition.

Each side is fighting hard. Republicans  -- shying away from Trump -- are pouring money and, increasingly, people on the ground into these races. In Missouri, for instance, Democratic candidate Jason Kander announced October 11 that a Republican SuperPac has purportedly already talked to one million Missouri voters in person or on the phone.

But exhilaratingly, on October 18, the Clinton campaign began transferring $6 million to state parties in seven purple states to help Get Out The Vote for down ballot candidates,  and began putting new resources into red states like Arizona, Missouri and Indiana in an effort to win a landslide. And, according to Politico, Democrats will badly outspend Republicans on TV ads in the eight most competitive Senate races: $81 million versus just $65 million for the GOP.

Democrats need to fight the new GOP push with money and on-the-ground volunteers.
This memo is written to help you figure out how to do that. It was written by Heidi Fiske
for posting here. Please send comments and updates to her at heidifi33 [at] aol [dot] com.

My Top 7 candidates are listed in rank order based on how likely the candidate is to win, as of October 13, 2016. (A more complete challenger list in 15 states follows.)

1. NH Maggie Hassan
Governor of New Hampshire
Special note:  Both parties have poured so much money into this small state that donations may not be half as useful here as volunteering. Race: Some polls put Hassan ahead; others the incumbent Ayotte.  Popular governor vs. popular senator.  Ayotte has recently withdrawn support for Trump; will write in Pence. Key positions: Hassan lists just about everything on her site. The first four are combating opioid crisis; national security; economy, jobs and innovation; education and workforce development.   HF note: Have heard her speak three times; she is likeable and an accomplished governor.  Website: maggiehassan.com To volunteer: http://act.maggiehassan.com/page/s/web_form_volunteer?&source=web_form_volunteer

2. PA Katie McGinty
Former chief of staff to PA governor
Race: McGinty has been slightly behind but is climbing.  Key positions:  protecting environment (worked for both President Clinton and PA governor in key environmental roles); jobs and economy; education; affordable health care; women’s and LGBT rights, protecting SS and Medicare.  HF note:  Have heard twice, once at an event where she was backed by VP Biden. Attractive and vigorous.  Website: katiemcginty.com. Make check to:  Katie McGinty for US Senate and mail to Katie McGinty for US Senate, PO Box 22447, Philadelphia, PA 19110 To volunteer:  katiemcginty.com/volunteer/.

6. FL Congressman Patrick Murphy
Race:  This is such an important state that effort and money are worth it, even though Murphy is consistently seen as behind Marco Rubio, and this is the one close Senate race in which the Republicans have a bigger tv-ad war chest than the Democrats: $9.6 v. $4.2 million. However, Rubio has only 44%, not 50%; Clinton has a slight edge in the state; and Obama has done tv ads for both Hillary and Murphy, including in Spanish. Key positions:  growing the middle class; immigration reform; protecting voting rights; strengthening Social Security and Medicare. HF note:  no personal contact.  [JTM note: Alice and I have attended at least one fundraiser for him and found him to be fiscally knowledgable and alert, and socially liberal; he was the youngest person in the Congress when he was first elected; he has been elected twice with 60% of the vote in a GOP-leaning district.] Website:  www.murphyforflorida.com.  Make check to: Murphy for Florida. Mail to: Murphy for Florida, 4521 PGA Blvd #412,  Palm Beach Gardens, FL 33418
To volunteer: https://www.murphyforflorida.com/get-involved/

7. AZ Ann Kirkpatrick, Arizona Congresswoman
Special note: Ann Kirkpatrick seriously lags John McCain in most polls. Also, not only does he have universal name recognition, but, because of his Senate seniority, through his committee assignments he controls a lot of benefits for Arizona.

However, I am such a fan of Ann Kirkpatrick herself, her broad and well-organized campaign on the ground, and her money-raising team that her race is listed here as one to support.

And she has some new advantages. McCain has said he will veto any Hillary Supreme Court nominee, which is bound to hurt him. Hillary is making a major push to take this Red State, with Michelle Obama campaigning for her there. Ann raised $3 million in the 3rd quarter. At the very least, help to her now can tee up another run in 2018, when Jeff Flake’s seat will be up.

Key positions: pro choice, pro LGBTQ rights, fighter for veterans, paid maternity leave, immigration reform, Affordable Care Act. HF note:  We have met twice at length, plus I gave a fundraiser for her, and was on the host committee for a second, so I have a good feel for her. Sweet, shrewd, down-to-earth, honest, compassionate. The word people at both fundraisers used most often to characterize her was “impressive.” Website: kirkpatrickforsenate.com  Donate online at https://secure.actblue.com/contribute/page/akesplash?recurring=true&refcode=website
Make check to: Kirkpatrick for Senate and mail to Kirkpatrick for Senate, PO Box 34421, Phoenix, AZ 8506 To volunteer:  http://www.kirkpatrickforsenate.com/landing/volunteer/

Dem Challengers are seeking to fill a Republican-held or vacant seat. 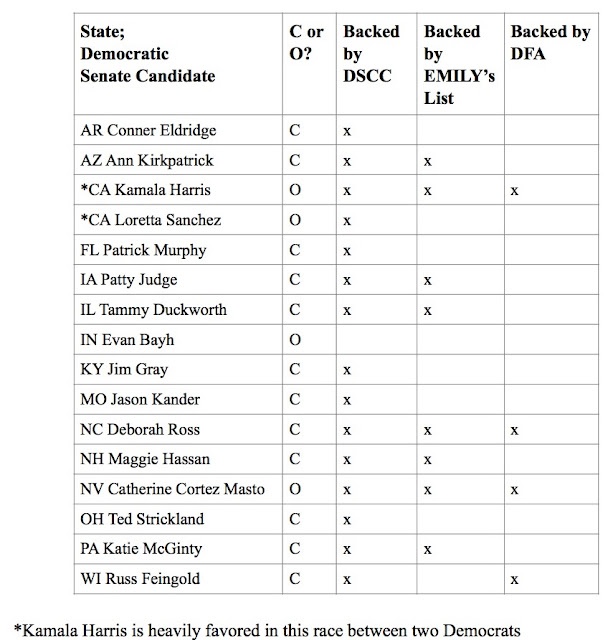 How to Donate: ActBlue or Check?

If you like donating frequently with small amounts, then ActBlue and other intermediaries are useful in reducing the administrative burden for campaigns of taking credit card charges and having to comply with reporting requirements for gifts. The greater frequency of small donations allows for faster feedback to candidates on how they are doing. However, donating by check keeps your email address more private and more of your money gets to the candidate without the haircuts taken by your credit card company and ActBlue.
Posted by John Tepper Marlin at 1:45 AM No comments: Links to this post 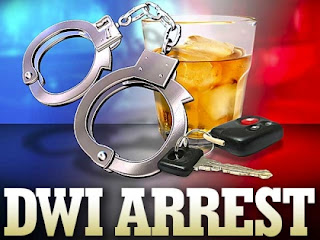 I have observed in prior years that East Hampton has more than its share of traffic accidents, and many are related to driving while intoxicated. It's a resort town where one is expected to enjoy oneself and therefore alcohol is readily available.

But last month a police officer in East Hampton was hit by an SUV and had to be airlifted to a hospital. This brought home the current risks of traffic accidents and a probable cause.

This past week saw a high incidence of both accidents and DWI arrests. Long after the summer crowds have left, last week eight arrests were made in the Town of East Hampton or of a resident of the Town.

The alleged drunk drivers were not teenagers. Their ages ranged from 31 to 71, with the median age 43. Therefore the pattern here during the past week is different from that of the nation, where 25 percent of drunk driving arrests are of young people 18-24 and 40 percent are of people 18-29. (It would be interesting to check the arrest data over a longer period to see if this pattern holds up over time.)

Several of the arrests followed the crashing of one or more vehicles, of which quite a few were large cars or pickup trucks, which should worry people who drive vehicles that would not hold up well against a big SUV or truck.

Posted by John Tepper Marlin at 3:03 PM No comments: Links to this post

VEGGIE DIET | Metros with the V-Restos 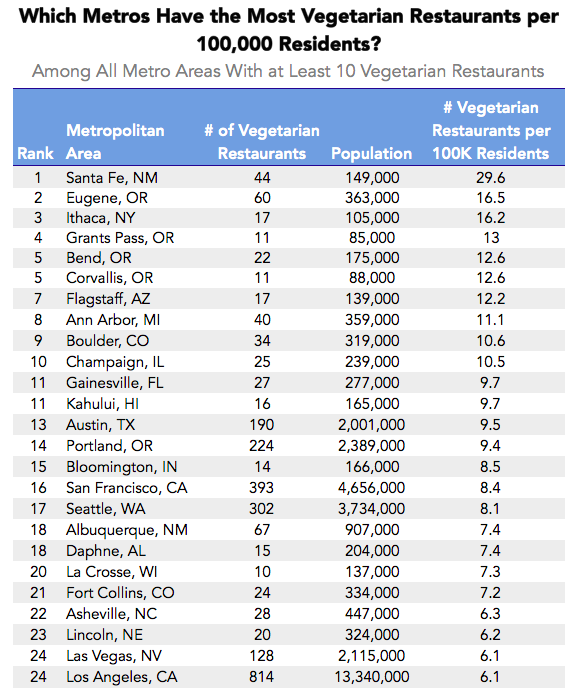 Pricenomics has just posted a list of the 50 metro areas with the most vegetarian restaurants.  Not surprisingly, the New York City metro area (CSMA? Metro Division?) has the most at 1,026, followed by LA with 814, and then San Francisco with 393.


This is not as interesting a number as the number of veggie restos per capita, i.e., relative to the metro area population.

Get the Pricenomics story here.
Posted by John Tepper Marlin at 1:24 PM No comments: Links to this post

Disclaimer
Predictions of a hard Brexit and an uptick in the US outlook have brought the pound down to $1.23 from its high near $1.70 two years ago.

Others have paid more, also happily, as much as $33 million for number 1.

What's not to like with this form of revenue-raising for governments?
Posted by John Tepper Marlin at 12:26 AM No comments: Links to this post 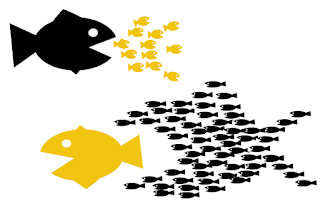 The Channel Company's CRN arm has ranked the U.S. states for their suitability as a the home of young entrepreneurs seeking to establish a solution-providing startup.

The states were ranked on a variety of criteria including the Kauffman Foundation's ranking of the rate of entrepreneurship formation.

The ranking is described as a comparison of U.S. states according to their contribution to innovation and growth, with a focus on assisting innovators in providing solutions to current problems.

The top five were:

Posted by John Tepper Marlin at 3:33 PM No comments: Links to this post